International Symposium Constitutional Courts as the Guardian of Ideology and Democracy

Melali MICE was appointed PCO of the International Symposium on “Constitutional Court as the Guardian of Ideology and Democracy in a Pluralistic Society” held in Solo City or Surakarta. Initiated by The Constitutional Court of the Republic of Indonesia (MKRI), the symposium was attended by 400 delegates from 22 countries, members of AACC (the Association of Asian Constitutional Courts and Equivalent Institutions) including Korea, South Africa, Rumania, Thailand and Turkey. The Symposium was a forum for exchanging ideas and experiences for participating countries and academics in an effort to strengthen the values of the constitution, the rule of law, and the principles of democracy that were fundamental to the purpose of the founding of a state. There were some important issues addressed at the forum including : The Constitutional Court and the State Ideology, The Constitutional Court and the Principles of Democracy, and The role of the Constitutional Court in a pluralistic society. Officially opened by President of the Republic of Indonesia HE Mr Joko Widodo the symposium took place at two venues, Sebelas Maret University and Alila Hotel Solo. The agenda of the event included AACC Secretary General Meeting (chaired by Prof. Guntur Hamzah - SecGen of MKRI), AACC Board of Members Meeting (chaired by Prof. Arief Hidayat - Chief Justice of MKRI), welcome dinner at Pura Mangkunegaran Palace, gala dinner at Prambanan Hindu Temple compound and cultural program at Borobudur Buddhist 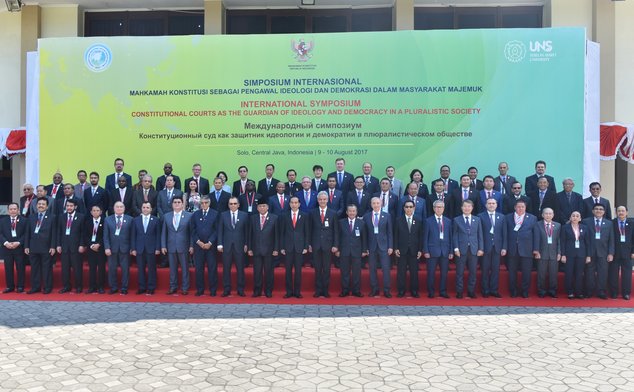 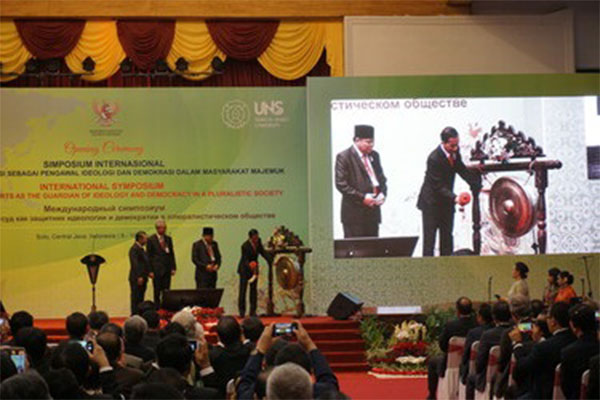 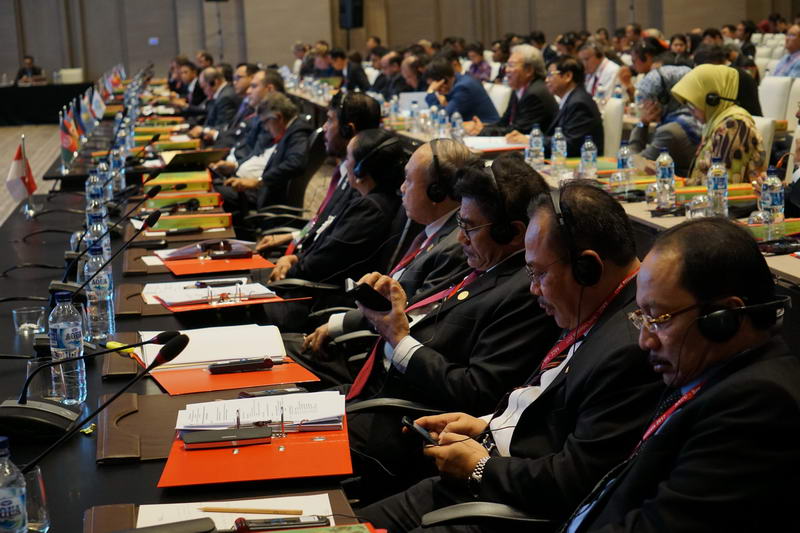